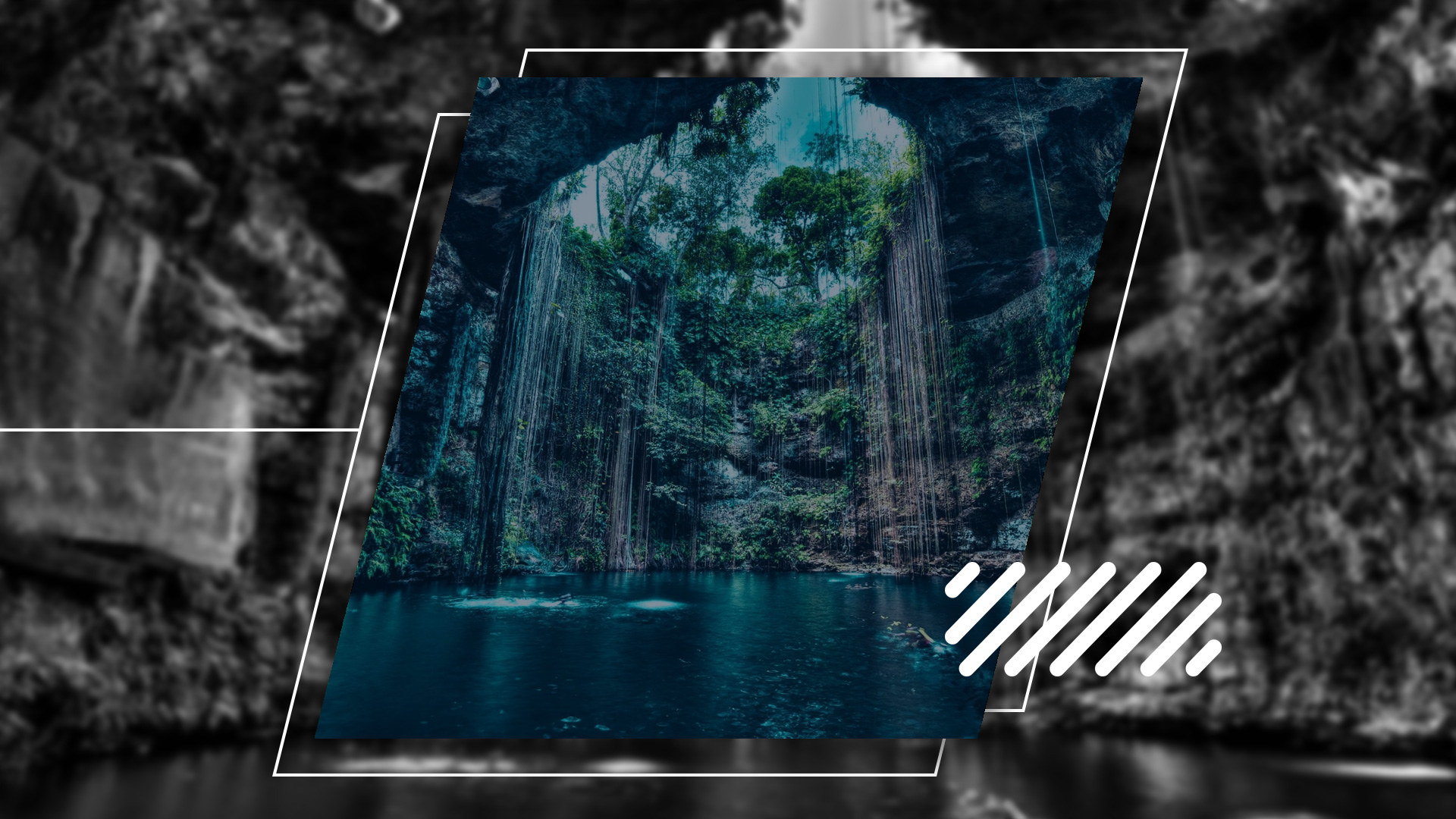 5 cenotes to visit in Yucatan

Exploring cenotes is a popular outdoor activity among all those who visit Yucatan and the capital, Merida.

The cenotes have become one of the top tourist attractions in the Yucatan Peninsula. The majesty of the cenotes amaze visitors from all over the world, who take the opportunity to learn more about the Mayan culture and the importance of these underground caves in the Mayan mythology.

The tourist growth of Merida, as well as its recognition around the world, is not a surprise: The city is perfect for tourists who want to enjoy a wide range of activities in Yucatan, without sacrificing the benefits of Merida, a big city without pollution, excessive stress or heavy traffic

And similarly, the growth in real estate investment in Yucatan reflects the tourist and economic growth in the State. Just a few weeks ago, Merida was recognized as the best small city to visit outside the United States by Condé Nast Traveler magazine. The food, weather, architecture and the culture are strong reasons why Merida is one of the best cities in the world, and without a doubt, the existence of cenotes - and their proximity to the city - are a plus that investors or tourists should not miss.

We selected the best 5 cenotes you must visit on your next trip to Yucatan.

What are the cenotes?

Before you learn which are our 5 favorite cenotes in Yucatan, you need to know what makes them so special and unique in the world.

Yes, there are ‘cenotes’ around the world, but they are totally different from those found in the Yucatan Peninsula.

To begin with, the word cenote derives from the Mayan word dzonoot, meaning ‘hole with water’, however, it could also derive from tśonot or tśonóot, meaning d‘eep thing, abyss or depth’. The word cenote has become popular to such an extent that we can talk about the existence of cenotes in Florida.

In the Mayan culture, cenotes were the connection between the world and Xibalba, the Mayan underworld. Because of such beliefs, the Mayans made human sacrifices in the cenotes. Considered sacred spaces, cenotes are common to be found near archeological sites that used to be ancient Mayan cities, such as Chichen Itza or Tulum.

There are different types of cenotes, and their characteristics vary according to their age. For example, the open sky cenotes are the oldest and the underground cenotes are the younger ones.

Many theories have been formulated to explain the origin of the cenotes, but the most popular among locals -and scientists- is that they were created by the same meteorite that caused the extinction of the dinosaurs 65 million years ago.

As we explained briefly, the Mayans believed that cenotes were the connection to the underworld -Xibalba-, which was ruled by 12 gods known as the Lords of Xibalba.

Due to the conquest of Mexico, many of the translations and interpretations of the Mayan mythology were distorted with Spanish Catholic beliefs, so some scholars debate whether Xibalba was hell as we know it or was the spiritual world where souls went after death.

However, despite the fact that Xibalba may seem like a purely spiritual space, the Mayans believed they could enter through a physical entrance.

Therefore, although there are structures that closely resemble cenotes around the world, Yucatan cenotes are unique in their kind.

The 5 most impressive cenotes of Yucatán

Now that you have learned ​​more about cenotes and their importance in the Mayan culture, it is time to know the most beautiful cenotes in Yucatan that you should not miss when visiting the State.

Zaci is Mayan term that means white hawk and it is the original name of Valladolid.

Located in Valladolid, Zaci is one of the most impressive cenotes, because it is about 40 meters deep, although in the deepest area it can be 100 meters. It is an open sky cenote but you can enter through a cave, descending stone stairs.

Zaci is one of the most important attractions in Valladolid. There are restaurants where tourists can taste great local food while enjoying the view of this impressive cenote, which color can vary depending on the season.

Tourist can also witness Mayan rituals and ceremonies that are performed in the cenote. And if you were wondering, visitors are allowed to swim in the Zaci cenote.

Also known as Tunich Ha, -Water in Stone in Mayan-, San Ignacio is located in Chochola, just 20 minutes from Merida, so it is a mandatory visit if you are staying in the city.

What makes this cenote special is that it is a cave and the only way to enter the cenote is going down wooden stairs. In contrast to Zaci, San Ignacio cenote is not so deep.

San Ignacio reaches a maximum depth of 7 meters and it is 1.4 meters at the shallowest point.

In addition to the restaurants where visitors can taste local food, there is a didactic farm where tourists can get to know the flora and fauna of the place.

Lol Has is located in Yaxunah, a well-known area with 6 cenotes and one of them is Lol Ha, which means ‘water flower’ in mayan.

Lol Ha has unique flora and fauna. For example Matapalos, a characteristic tree of the region. And there is a wide variety of birds such as the Tho birds, Owls and swallows.

Thanks to the number of cenotes in the area, it is possible to camp near Lol Ha and tourists can have a close contact with nature.

The cenote reaches a maximum depth of 16 meters and it is 8 meters at the shallowest point. Therefore, there are safety ropes that allow tourists to dive and swim in the cenote.

To enter, it it is necessary to go down a metal ladder, which is specially designed to preserve nature.

Ik-Kil cenote is only 3 km from Chichen Itza, in the park with the same name.

As you may remember, cenotes are often located near archeological sites because of their connection with the Mayan gods and the underworld, Xilbalba. Such is the case of Chichen Itza -one of the most important Mayan cities-, considered one of the New Seven Wonders of the World.

Every year, thousands of people visit Chichen Itza to witness the spring equinox and appreciate the arrival of Kukulcan, a phenomenon that creates the optical illusion of a snake creeping down the northern staircase.

The Ik-Kill cenote is surrounded by vegetation and wildlife such as toucans, monkeys and frogs.

To enter Ik-Kil, you need to go down stone stairs. The cenote is approximately 40 meters deep. You can also stay in the cabins provided by the park. This is ideal option for those who want to be in contact with nature or those who do not want to travel at night.

Located 60 kms from Merida, Kankirixche cenote is near Abdala and the Uxmal archaeological site.

Kankirixche is a semi-open cenote, so visitors have to enter going down a ladder and descend approximately 15 meters to reach the cenote. The turquoise waters stand out even with the low light condition.

Since Kankirixche is not widely know, this cenote is a hidden treasure and it is ideal for swimming, diving and snorkeling.

There are no restaurants or shops in the area, so you can have a unique experience. Of course, do not forget to bring your own food.

Now that you know some of the natural attractions in Yucatan, you may have an idea of ​​the potential to increase tourism in the area. That is why many foreigners who visit Yucatan fall in love and move in or invest in the State.

The growth of real estate investment in Yucatan -especially in Merida- is related to all the natural wonders of Yucatan. Many travel agencies offer cenote tours, however tourists are increasingly attracted to the possibility of exploring Merida as locals.

‍The real estate developments in Merida are an opportunity to generate extra income and secure your money in an area that will increase in value over time.

And it is not necessary to acquire a house to invest in Yucatan: investing in residential lots is a way to acquire land in areas with high capital gain.

Merida and Yucatan are an opportunity to make your money grow, surrounded by the culture, entertainment and first class services without the stress of cities like Monterrey or Mexico City.