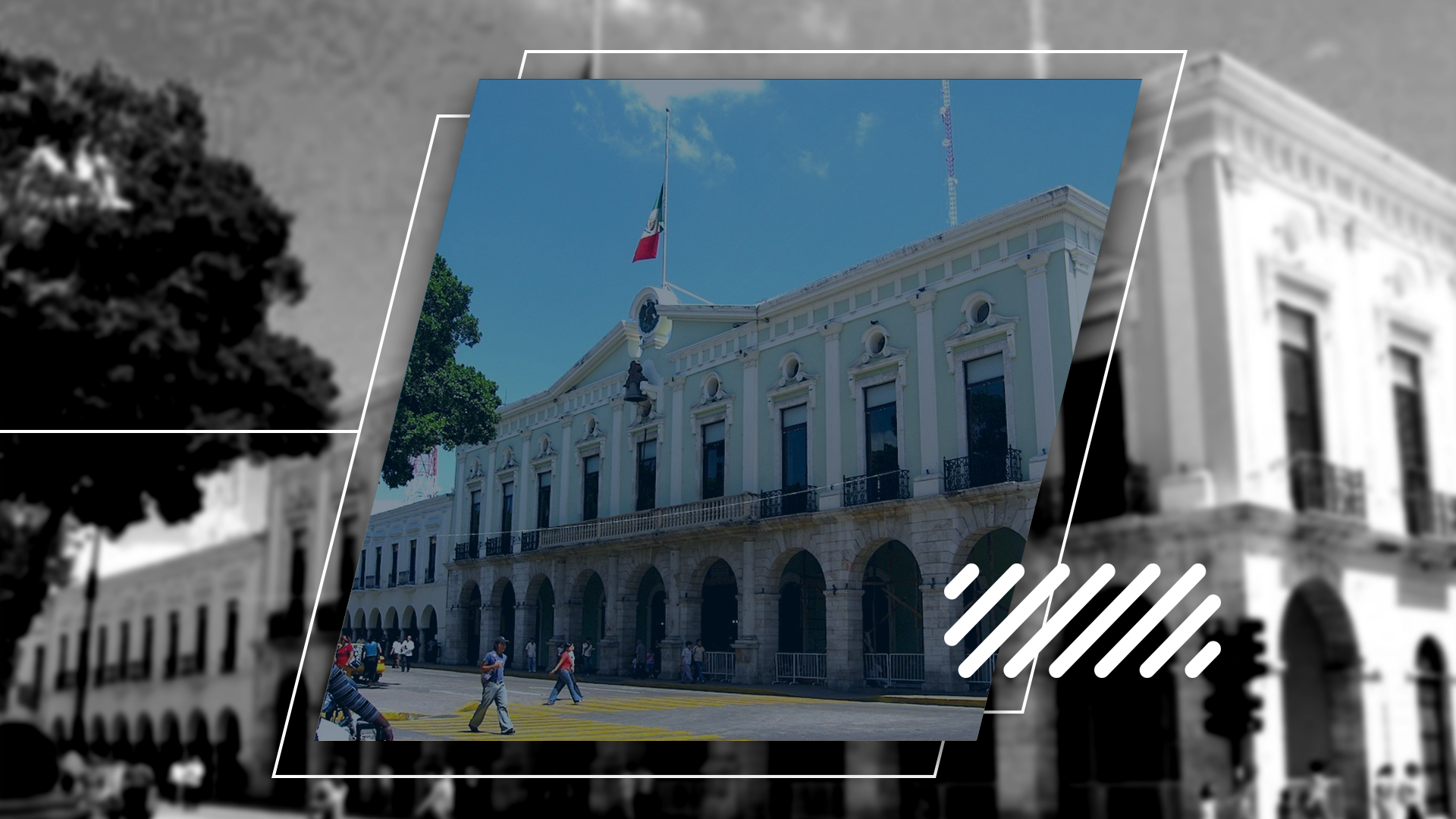 6 tourist attractions to fall in love with Merida

Merida has a lot of interesting tourist sites, and so it's no wonder that visitors fall in love with the city.

From museums that bring you closer to the culture and history, beautiful parks where you can spend whole afternoons, historical buildings, to the majestic cenotes, in Merida you will never get bored.

Here is a list of the best tourist attractions in Merida. Get ready to visit them on your next trip.

The first tourist attraction in Merida is right downtown, and it's as old as the city itself.

The Plaza Grande is Merida's central park located between Calle 60 and 61. This is the meeting point for tourists from all over the world, since from here you can walk to other equally important places of interest.

In front of Plaza Grande you can find the San Ildefonso Cathedral, the Fernando García Ponce Museum, the Government Palace, the Olimpo Cultural Center, as well as several restaurants and clothing and handicraft stores.

When visiting this part, tourists and locals can try a marquesita, drink a drink and sit on the park benches to enjoy the afternoon and chat.

Every Sunday, the streets adjacent to the Plaza Grande are closed and a kermesse is held where you can buy Yucatecan handicrafts, traditional clothing, hammocks, food, as well as enjoy outdoor cultural events.

La Vaquería -an exhibition of jarana, the traditional dance of Yucatán-, concerts, and comedy shows, are some of the events you can enjoy in the Plaza Grande.

As mentioned before, many of Merida's main tourist attractions are located near the Plaza Grande.

The Cathedral of St. Ildefonsus is the oldest in Mexico and was built between 1562 and 1599.

This building is a demonstration of Yucatan architecture. The unmistakable Renaissance architectural style, which stands out because of its high walls, and the design of its door.

Next to the cathedral is another of Merida's main tourist attractions: the Fernando Garcia Ponce Museum -also known as MACAY-, whose history is linked to the Catholic religion and the cathedral.

This museum is the only one dedicated to contemporary art in the Yucatan. It exhibits works by the renowned Fernando García Ponce, Fernando Castro Pacheco and Gabriel Ramírez Aznar.

The Natural History Museum is located right next to the Merida Zoo, better known as El Centenario, between 59th and 84th streets.

If you want to know more about the history of the planet, this museum is a must see.

In the Natural History Museum you can find a room dedicated to the history of the universe, one for the Paleozoic, Mesozoic and Cenozoic era, as well as an audiovisual room.

It has permanent exhibitions, as well as 2 temporary changing exhibitions on science and history.

Visiting this museum is a pleasant experience for both children and adults. Don't forget to take pictures with the dinosaur to upload them to your social networks.

It is also a good idea to visit the Centennial Zoo, since it is very close to the museum. There you can discover various species of mammals, birds and reptiles, while enjoying a nice afternoon.

Like the Historic Downtown, Paseo de Montejo is one of Merida's most emblematic tourist attractions.  And it's no wonder, as this place has a very special vibe.

Paseo de Montejo is one of Merida's main avenues, and is named after Francisco de Montejo, the city's founder.

The interesting thing about this avenue is the bohemian atmosphere, which invites you to walk around and visit the restaurants, bakeries, cafes and events that take place all year round.

Something you can't miss in Paseo de Montejo is the bicycle route. Every Sunday, the streets are closed for people to cycle with their family, friends and pets.

Prolongación Montejo, is an extension of Paseo de Montejo, and unlike this one, the Prolongación is a more urbanized area.

If you are in Paseo Montejo, visiting the Canton Palace is a must.

In fact, if you search the internet for images of Merida, the façade of this building will be one of the first results.

The Palacio Cantón was built in the Porfitiato, between 1904 and 1911, and it was the home of General Francisco Cantón Rosa and his family, until he died and the house was sold to the government of Yucatán.

If you are interested in knowing more about the pre-Hispanic Mayan culture, in this museum you will be able to admire several archaeological pieces.

6. Great Museum of the Mayan World

Unlike other museums in Merida that were installed in historic buildings - such as the Palacio Cantón - this museum was built for this specific purpose, and is a demonstration of architectural design.

Inside the Great Museum of the Mayan World you will find approximately 1160 pieces in its different exhibitions, which offer details about the life and work of the Mayan civilization.

In addition to the exhibition rooms, there is also a high definition projection room and a multipurpose room for workshops, conferences, courses and training.

The museum is located in the north of the city, very close to Gran Plaza, Plaza Galerías and the Siglo XXI Convention Center.

Its unique architectural design stands out from the other buildings in the area.

Thanks to its privileged location, after visiting the museum you will be able to visit fashion malls such as Plaza Galerias, Gran Plaza, and The Harbor.

Other tourist attractions near Merida

The above mentioned tourist attractions are located in Merida but there are more wonders just a couple of minutes away from the city.

From Mayan ruins, nature reserves, magic towns, to beautiful beaches, there is always something new to visit in the Yucatan.

Izamal is one of Mexico's magic towns and one of the must-see tourist attractions while in Yucatan.

One of the pyramids open to the public is Kinich Kak Moo, where you are allowed to climb to the top and enjoy the incredible views.

Do you feel like visiting a nature reserve? Then you have to visit the Celestun nature reserve, about 100 kilometers west of Merida, Yucatan.

The main attraction of this place is the fauna. Birds like the pink flamingo, herons, albatross, white and brown pelicans, as well as jaguars, spider monkeys, ocelots, crocodiles and sea turtles are some of the species that live in the area.

Progreso is a favorite weekend destination for many Merida residents because of its proximity, activities, food and beach. And that's why it's not only important as a high altitude port, but also as a tourist spot in Merida.

And what can you do in Progreso? One of the main attractions of this city is to walk along its malecon, spend the afternoon on the beach and eat fish and seafood in some of the restaurants.

Getting to the port of Progreso is quite easy, since it is only about 36 kilometers away from Merida, which means less than half an hour by car.

4. The archaeological site of Chichen Itza

Chichen Itza, one of the most important cities for the Mayas, and currently the most emblematic archaeological zone in the Yucatan, cannot be missed on the list.

In the archaeological zone of Chichen Itza different rituals were performed, both in the temples and in the Sacred Cenote, which is an open cenote of about 60 meters in diameter.

As a curious fact, several years ago it was possible to climb to the top of the pyramid, but now it is no longer possible due to the preservation mesures.

Do not forget to buy some souvenirs in the artisan market where you will find bags, key rings, Mayan calendars, T-shirts and a lot of souvenirs.

5. The archaeological site of Uxmal

If you want to visit more Mayan ruins, Uxmal is the best option. It is located in the so-called Puuc zone, about 84 kilometers south of Merida.

The name Uxmal means "three times built", so it is believed that it went through different construction stages.

Among the main ruins are the Plaza de los Pajáros, the Governor's Palace, the Ball Game, the Dovecote, the Cemetery, the Temple of the Phalluses, the Nuns' Quadrangle and the Pyramid of the Soothsayer.

And of course, the most outstanding ruin is The Adivino, which is about 32 meters high and even has a very interesting legend. It is believed that it was a "dwarf" who built the pyramid in one day.

6. The archaeological site of Kabah

And continuing with the archaeological zones of Yucatan we have that of Kabah, one of the oldest Mayan cities.

In turn, Kabah is one of those tourist places that -thanks to the records found- its original name and meaning are known, which in this specific case would be "powerful hand".

If you want to know the most relevant ruin of Kabah then you have to pay special attention to Codz Pop, which is a building that has about 250 masks carved in stone.

In order to get there you have to head south of Merida through Santa Elena, from Monday to Sunday from 8:00 to 17:00.

Living in Merida is a dream come true

Merida is considered one of the best cities in the world for several reasons: for its safety, the preservation of its culture and history, its delicious food, and for the great atmosphere it has.

This has caused it to attract international tourism as well as the new place of residence for foreigners and Mexicans who want to live in a city free of the stress of big cities but with all the benefits.

In this list we have mentioned several tourist places in Merida that are very interesting, but there are actually many more places to explore.

Therefore, in order to enjoy all the benefits to the fullest the best option is to invest in a residential lot or a house in Merida. In this way you not only secure your future with a home, but you will also have a return on investment thanks to the high capital gain in the area.

Merida is a place you have to know, because you will surely find something that will capture your attention and make you fall in love with the city.

If you want to know even more tourist attractions we invite you to read our article about the most iconic haciendas in Mérida.