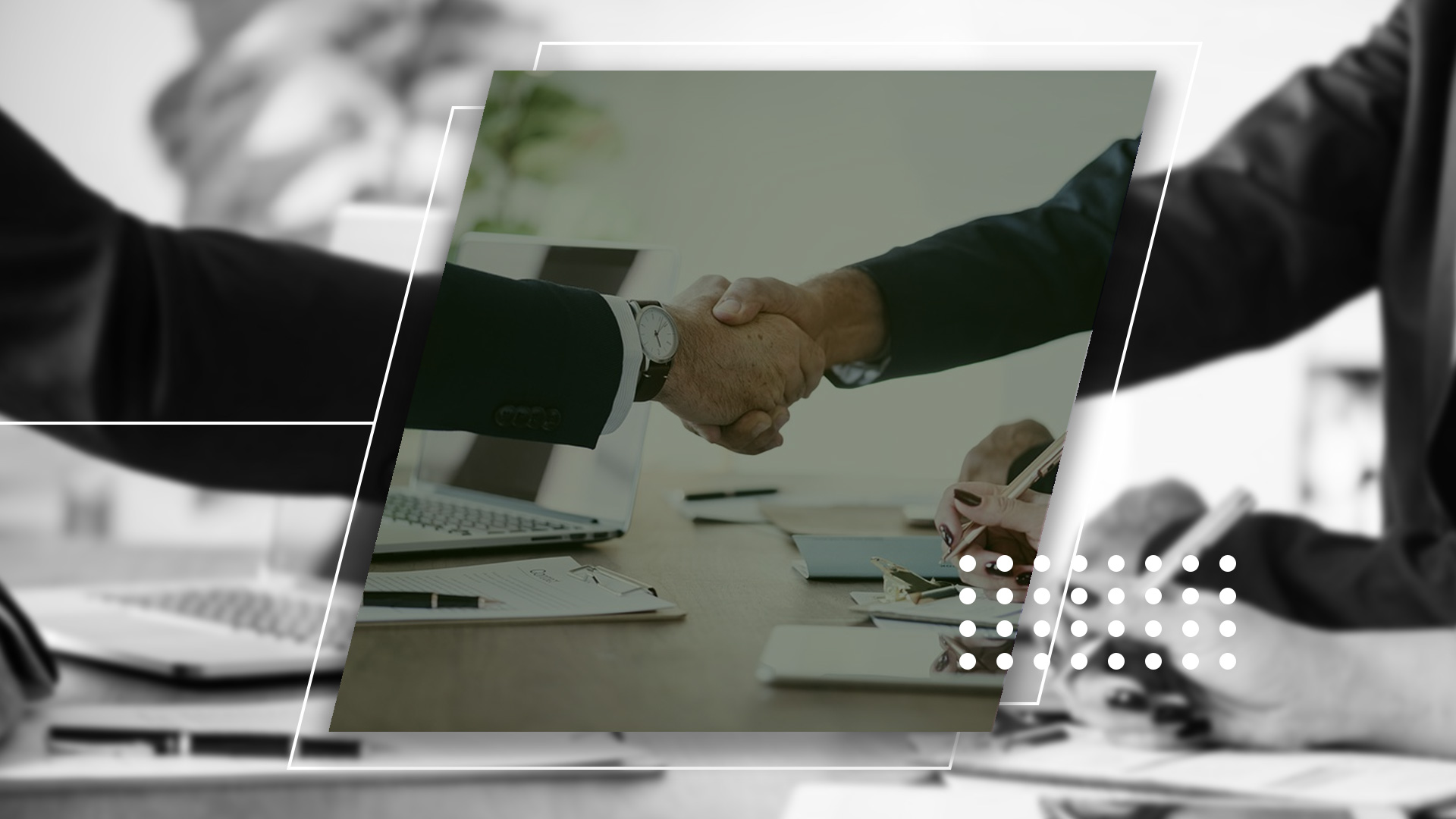 Being a millionaire is the dream of many people, but we know that it does not happen overnight.

It is hard work, knowing how to see the opportunities before they happen and understand the industry very well are key to becoming successful in any field, however, in real estate it is even more so, especially if you manage to invest correctly.

Stock market and technology have become part of the favorite industries of those who dream of becoming millionaires overnight, especially thanks to stories like Mark Zuckerberg's with Facebook, Steve Jobs with Apple and currently Reed Hastings with Netflix.

Everyone wants to be part of the exclusive group of millionaires, however, they do not always know how the purchase of shares works and the danger of falling into frauds may be possible. Although not all technological investments are bad, if you want to invest safely, there is nothing better than real estate. In fact it is so safe that you can invest in real estate even in times of crisis.

Our next investors know it.

What makes Ka Yan's story special is that, unlike what you may think, he did not grow up in a wealthy family or that he dedicated himself to business, it was just the opposite. Hui's father was a soldier, while his mother died when he was only one year old.

However, something that characterizes Hui Ka Yan is that he never lost sight of his goals and always sought to grow within the workplace. For example, when he left the high school he worked as a tractor driver and then got a better job as a restaurant security guard in the small village where he lived.

After that, Hui Ka Yan decided to expand his knowledge by attending college, however, it was difficult for him to enter the university as he tried several times.

That is why, if you want to learn something from this successful investor, it is never to give up and not settle for your comfort. When Ka Yan left the university he worked in the real estate industry for 5 years with a salary that did not satisfy him, so he decided to found his own company Evergrade, which eventually became one of the most important companies in China and the real estate industry.

Like Hui Ka Yan, Lee Shau Kee came from a poor family who could only afford to "eat" fish or meat once or twice a month.

One of his most famous phrases is: "save your first gold bucket ... and then use it to invest". Although he is not literally talking about gold, one of the things we can learn from Lee Shau Kee is to save for a purpose instead of spending our profits.

In what is the best age to invest in real estate? We talk about how the orange economy, that is, the creative economy, is constantly growing and how millennials are betting more and more on experiences and decide to use their savings to travel. They rarely think about the future or about their retirement. Although every time the millennials are more worried about these issues, the truth is that if you want to make your savings really worth it, Invest!

Also, remember that your savings are not protected against inflation as they are when you decide to acquire a property.

But one of the things we admire most about Lee Shau Kee is his philanthropic work, especially with education, he has donated more than 400 million throughout his life for this sector, so he was selected to receive the Great Bauhinia Medal , one of the top honors in Hong Kong, which rewards people for their contribution to the welfare of the city, and the things that they are most proud and honored to receive, since for Lee Shau Kee it is very important to never forget where we came from and how much we have achieved throughout our lives.

Wang Jianlin has been called a man a Napoleonic ambition - thanks to his record as a military man in the army. If something we can learn from this businessman and tycoon is to diversify your investments.

Wang Jianlin is not only involved in real estate, but also has several links with entertainment. Even in its real estate investments, the cinema continues to be present, since its Dalian Wanda Group is not only the largest in China, but also the operator of the largest cinemas in the world. That is why we are not surprised by the investments he has made in the media industry and in sports.

For example, his company was the first Chinese company to invest in a European club of first level, obtaining 17% of the shares of Club Atlético de Madrid, which he would later sell to Quatum Pacific Group.

Wang Jianlin is an investor in the Legendary production company, which has hits such as the Batman trilogy by Christopher Nolan, Pacific Rim, Interstellar, Jurassic World and others.

Wang's ambition to be number one has led him to venture into industries that apparently have nothing to do with his business, however, in his own words it does not matter what kind of company you come from, be it traditional or in the area technological, one can always innovate. As he described it in his book "The Wanda Way".

One of your favorite examples? Starbucks, because as he mentions the strength of this company lies in the way to improve the service and design of coffee.

Yang Huiyan is the richest woman in Asia.

She is heir to the real estate empire Country Garden Holdings and is considered one of the youngest millionaires in the world, when her father transferred 70% of her company's shares to her 25 years.

If there is one thing that characterizes Yang Huiyan, she is extremely interested in education, also being part of Bright Scholar Education Holdings, the largest operating company of K-12 schools - that is, from kindergarten to pre-university - of China. This may have to do with the fact that his father came from a very poor family that could not pay to attend school in its infancy.

It was through a scholarship that he managed to go to school and study to become the real estate mogul he is. Yang, meanwhile, studied at the Ohio State University, one of the 10 best public universities in the United States.

Despite his money and his fortune, Yang Huiyan is a very private person, dedicated to work and enjoy his family, so you do not need to be a very extroverted person if you want to succeed, while you learn to see the opportunities, just in In 2018, Huiyan's fortune increased 2 trillion in 4 days thanks to an increase in his shares.

Joseph Lau is not only a real estate investor, he is also a fan of art and his collection includes Andy Warhol pieces valued at one million dollars

A graduate of the University of Windsor in Canada, Joseph Lau has been characterized by his charisma and his somewhat extravagant lifestyle. However, his fortune at first did not come from real estate, but from insecticides. It is from 1983 when he begins to invest in real estate and transforms his empire.

So the lesson we should learn from Joseph Lau is that it's never too late to become a real estate investor.

Donald Bren is the richest man in the real estate area living in the United States.

He thinks he thinks he's about 5 times more fortunate than his namesake, Donald Trump. Much of its real estate empire is located in California, in Orange County, an area that has a very high capital gain because California has also become one of the strongest points in the United States due to the participation of the industry of the cinema -Hollywood is located in the State-.

The story of Donald Bren as one of the self-made magnates is remote to a famous loan that he made of $ 10,000, with which he built his first house, and through which he also founded his company Bren Co, which he would sell and then recover years later.

If there is anything we can learn from Donald Bren, it is to see the opportunities before they happen.

Bren, together with his partners, managed to buy more than 10,000 hectares to create, plan and build Mission Viejo, a city with an artificial lake in the center. Thus, Bren not only managed to create a real estate empire but a whole city that is currently one of the safest areas in the entire United States.

Even when Jeff Bezos announced that he would move his Amazon offices, Bren offered him all of Irvine, California to have Bezos launch his company there.

Although Bezos has not yet made a decision, it is clear to us how Donald Bren is able to see the opportunities before they happen, especially in real estate issues when pre-sale, and capital gain is key.

If you are thinking of becoming an investor or starting to grow your empire, it is very important that you analyze the market very well and see beyond what is happening at this moment, like Bren, who went ahead and created one of the cities safest and most exclusive in California and your country.

Kwong Siu-hing is the matriarch responsible for Sun Hung Kai Properties, and like Joseph Lau, her fortune started in the imported grocery trade and became one of the most important companies in the field.

One tip that we should follow from Kwong Siu-hing is that internal management is very important if what you want is to make your business grow and have better returns. Whether you want to manage your investments or want to start leasing your assets, it is important that you have people who are clear about the objectives you want to achieve and that everyone works as a team to achieve it. For example, if you are looking to put your money in an investment fund, it is important that before doing so you should review and know very well what they will do with it and if you are about to become a lessor, it is very important that you make it clear what will be the contract times, the payments and the rules so that they can have a better experience.

How to be a successful real estate investor?

As you already know, fortune does not come overnight, on the contrary, it requires a lot of work and study. Remember the advice of the 7 richest people in the world in real estate:

If you are thinking of becoming a real estate investor, we recommend that you read everything you need to know before buying a property in Mexico and tips to invest in real estate and not die in trying your purchase to give you a clearer idea of the steps and elements involved in this process. 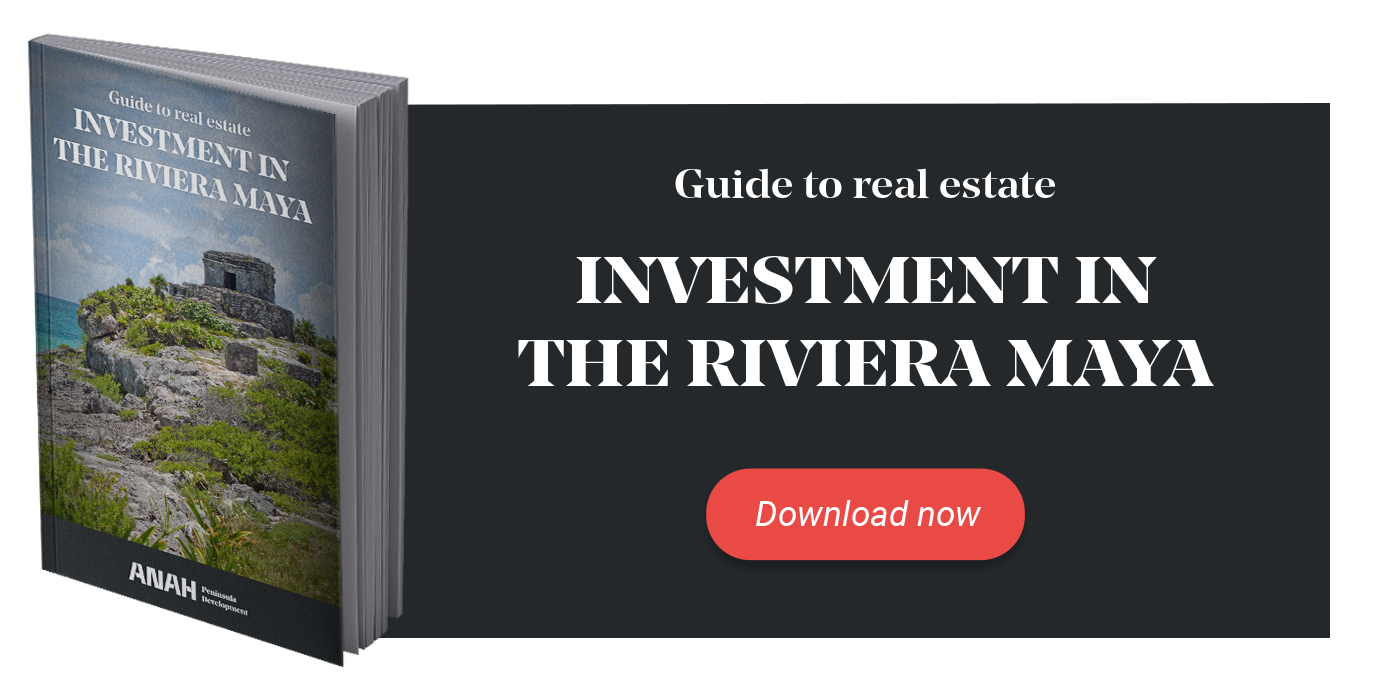