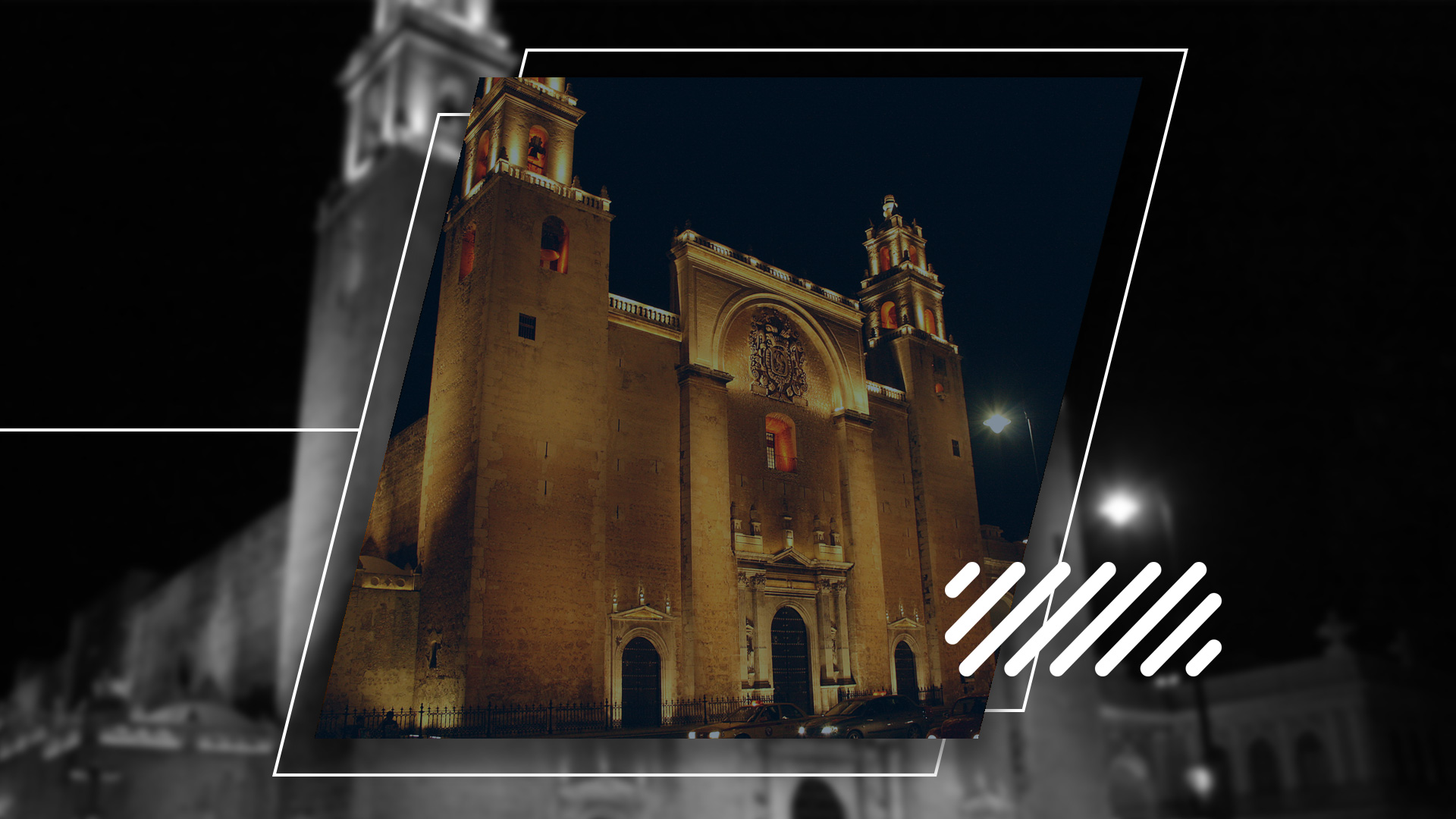 What is the climate of Merida, Yucatan?

The climate in Merida allows you to enjoy different activities at each time of the year.

Whether it's the culture, the colorful festivities, the delicious food, the relaxed atmosphere, or the safety in Yucatan, there are plenty of reasons to visit this incredible tourist destination, which is considered one of the most important cities in Mexico.

Here is everything you need to know about the climate in Merida, so you can plan your next trip.

The climate of Merida, Yucatan

You may have read or heard about the how hot is this city. The climate of Merida Yucatan is tropical hot, humid and rainy in summer.

This type of climate is perfect for enjoying the beach, touring, spending an afternoon in the park and walking with light clothing and sunglasses.

Locals are used to Merida's average temperature, which is 25°C with a wind chill of 27°C.

Although people living in colder climates may feel hot, this is not a disadvantage, as the city is designed to make everyone comfortable. Houses, shopping malls, establishments, and other places have air conditioning to keep you cool wherever you go.

Thanks to the weather in Merida, Yucatan, you can visit different tourist attractions such as the cenotes, magic towns, and archeological sites in the surrounding area without having to worry about the cold or rain ruining your plans.

Except for a few rainy days during the wet season, it usually only rains for a few minutes or an hour at most. Sunny days are common in Merida, so you shouldn't go out without a cap or hat.

During the spring, between March and June, the wind chill is about 33°C, with almost no rainfall. This season is perfect to go to the beach in Progreso, especially on the Easter weekend. And since Progreso is only 20 minutes away from Merida, you can plan a weekend getaway to enjoy the beach and the breeze.

Another thing to do in Progreso is to try fresh seafood from the various restaurants and bars. In fact, people who live in Merida usually plan express trips just to enjoy fried fish, ceviche or other treats.

Is Merida cold? Although the city is not a cold place, the temperature can drop in the mornings. There are days when the wind chill reaches 18°C but most of the time this is due to cold fronts or the winter season.

Winter in Merida is between December and March. In this season the rains are not as frequent as in summer.

In addition, foreign tourists prefer to visit the city in winter because the temperatures are not extremely cold as in other countries such as Canada.

In summer, the chances of rain increase. The rainy season includes part of autumn, during September and October. In November and December, the rains decrease considerably.

Although summer rains are more frequent, they are usually light. Therefore, they are not an impediment to visit Merida.

The best time to travel to Merida

Now that you know more about the weather in Merida, you wonder what is the best time to visit. Thanks to the warm tropical climate, almost any time is ideal as Mexico is a country full of celebrations and traditions, and Merida is no exception.

As mentioned before, there is always something to do in Merida. For example, in January there is the celebration of the foundation of the city. Also known as Merida Fest, it is a series of dance, theatre, literature, music events and art exhibitions completely free of charge.

Shortly after, the Carnival begins, which was previously held in Paseo Montejo, but moved to Xmatkuil. At Easter, the beach is the perfect place to rest.

If you are in Merida at the end of October, you can enjoy the customs and traditions associated with the Hanal Pixan. Hanal Pixan is the name given to the Day of the Dead celebrations of the Mayan culture. The term translates as 'food for the souls’ and as its name suggests, food is the main element of this celebration. Locals prepare food for the spirits of their beloved ones who are believed to return on this day. Hanal Pixan is a way to celebrate life and remember the deceased family members and friends.

In November, the Xmatkuil Fair opens. This is one of the most awaited months by the locals, as every year this place hosts a lot of events, food, arts, sports, and cultural shows.

On December 12th, the Guadalupe Reyes marathon begins. It is a very important period of celebration for Mexicans since posadas, Christmas and other festivities are held during this month.

However, visiting a cenote is one of the things you can do at any time of the year, thanks to the water temperature that is maintained at 24 °C for most of the year. As we Mexicans would say, "the water stays cool.”

And let's remember that the cenotes are one-of-a-kind formations, the connection with the spiritual world according to the Mayan culture. So, as much as for their beauty and accessibility, the tourism of cenotes is one of the must-do things in Merida.

The climate of Merida, Yucatan allows you to do outdoor activities in any season.
It is quite common for residents to go for a run in the morning or evening. Throughout the year there are 5, 10, and 15-kilometer races, some of which are themed or have a social purpose. Most of the time they are scheduled on weekends.

Another outdoor activity is to visit the Historic Downtown parks. In Santa Lucia Park, there are restaurants with terraces, where you can enjoy Trova music.

Something that can only be witnessed in the heart of Merida is the Vaqueria night. This is one of the best known Yucatecan traditions. Every Monday at 9 pm you can admire this traditional dance in front of the town hall.

Many reasons to visit Merida, Yucatan

People who have already visited this beautiful city know that it is safe, quiet, and in turn, full of entertainment options. As mentioned in Why Merida is the best city in the world, Merida is experiencing an increase in both real estate investment and tourism.

Several reasons have influenced that. Whether it is for its security, the Yucatecan cuisine, its culture, the colorful festivities, its exclusive shopping malls, etc.
Merida, Yucatan is a culturally rich city. When you visit the Historic Downtown you will see that many of the buildings have preserved their colonial facades. Besides, you will find activities related to culture.

The main square, better known as Plaza Grande is a clear example of the above. This park, located right in front of the San Ildelsofo Cathedral, is one of Merida's main tourist attractions.

Every Sunday you can go to Plaza Grande and enjoy some cultural and artistic activities. In addition, you can taste different foods in the street stalls or buy handicrafts and souvenirs.

Wondering what to do in Plaza Grande on a day other than Sunday? You can visit the Fernando Garcia Ponce museum or the Centro Cultural Olimpo -where there's is even a planetarium-, both of them just a few steps from Plaza Grande.

Have you ever taken pictures in Chichen Itza? This is one of the main archaeological sites in the Yucatan and is less than two hours from Merida.

It was one of the main sites for the Mayan culture and is now a World Cultural Heritage Site, as well as one of the New 7 Wonders of the World. Every year, Chichen Itza receives thousands of tourists from all over the world, who travel to learn more about the culture, the constructions and the mysticism that surrounds this place.

Mexican gastronomy is considered an Intangible Heritage of Humanity and an essential part of Mexican culture.

As mentioned in the Top 10 must-try Mexican dishes from the Yucatan Peninsula, in Merida you can try delicious dishes such as queso relleno, relleno negro, cochinita pibil, huevos motuleños, and papadzules. But it doesn't stop there, as you can find many exclusive restaurants with national and international food.

Did you know that Merida, Yucatan is home to one of the largest expat communities in Mexico? Every year, retirees choose Merida as the place to start their new life, and many of them go into business.

Reasons to live in Merida

You have already learned about the activities, the places to visit, the climate, the dishes to try, and how all this has contributed to the increase in tourism in the city.  Now, what's it like to own a house in Merida, Yucatan? Does the wind chill affect anything? Are there any limitations, or are there advantages?

Since Merida is one of the safest cities in Mexico, more and more Mexicans and foreigners want to move to the city and improve their quality of life.‍

Most of the residential complexes have security systems and 24/7 surveillance. Also, in 2019 Merida was named the second safest city in the continent, and number 21 in the world and this has not gone unnoticed by investors and tourists.

Many of the homes have large gardens so you can host meetings with your family and friends.

And if you want to have a pool in your house, the climate is perfect for that. So you can enjoy the same comforts of a hotel without leaving your home. The climate of Merida, Yucatan allows you to enjoy a comfortable home, with all the entertainment options of the city.

One of the main reasons to invest in Merida is the high quality of life as it is considered one of the best cities to live in. The vast majority of families who move to Merida fall in love with the relaxed atmosphere, safety, culture, food, and so much more.

Besides, it's well known that investing in real estate is a way to protect your money from inflation. By investing in the best areas of Merida, you ensure the capital gain and future value of your property.

The climate in Merida, Yucatan adds to the endless list of reasons that make the city a paradise to live in Mexico and a popular tourist destination. 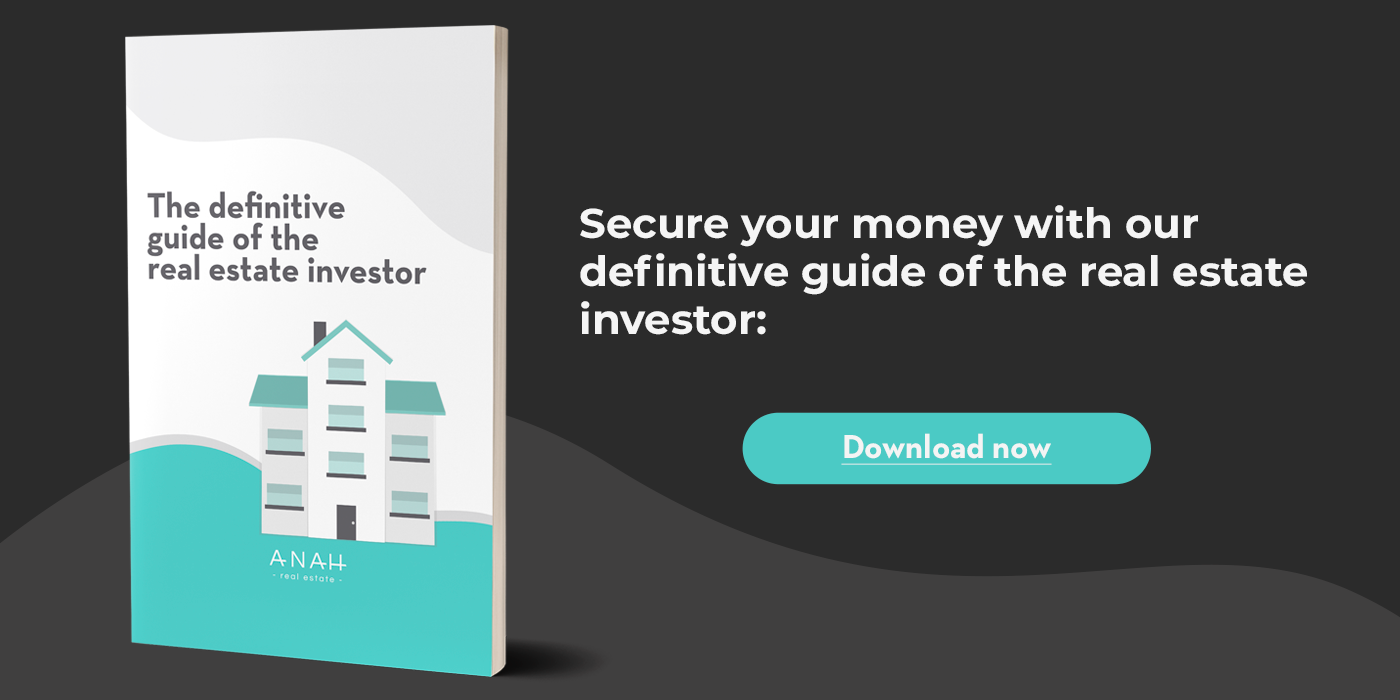 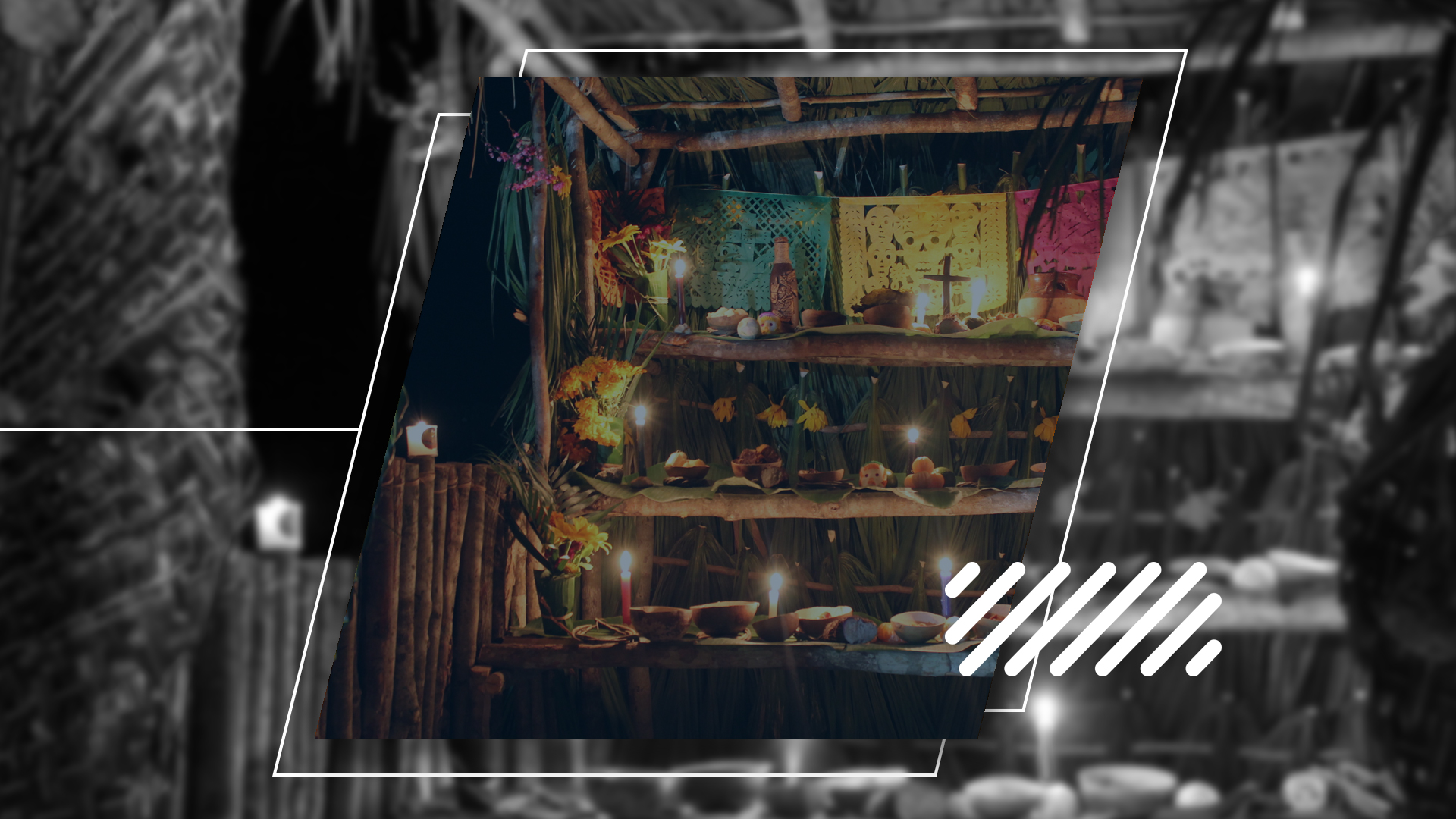 Hanal Pixan: How people celebrate the Day of the Dead in Yucatan 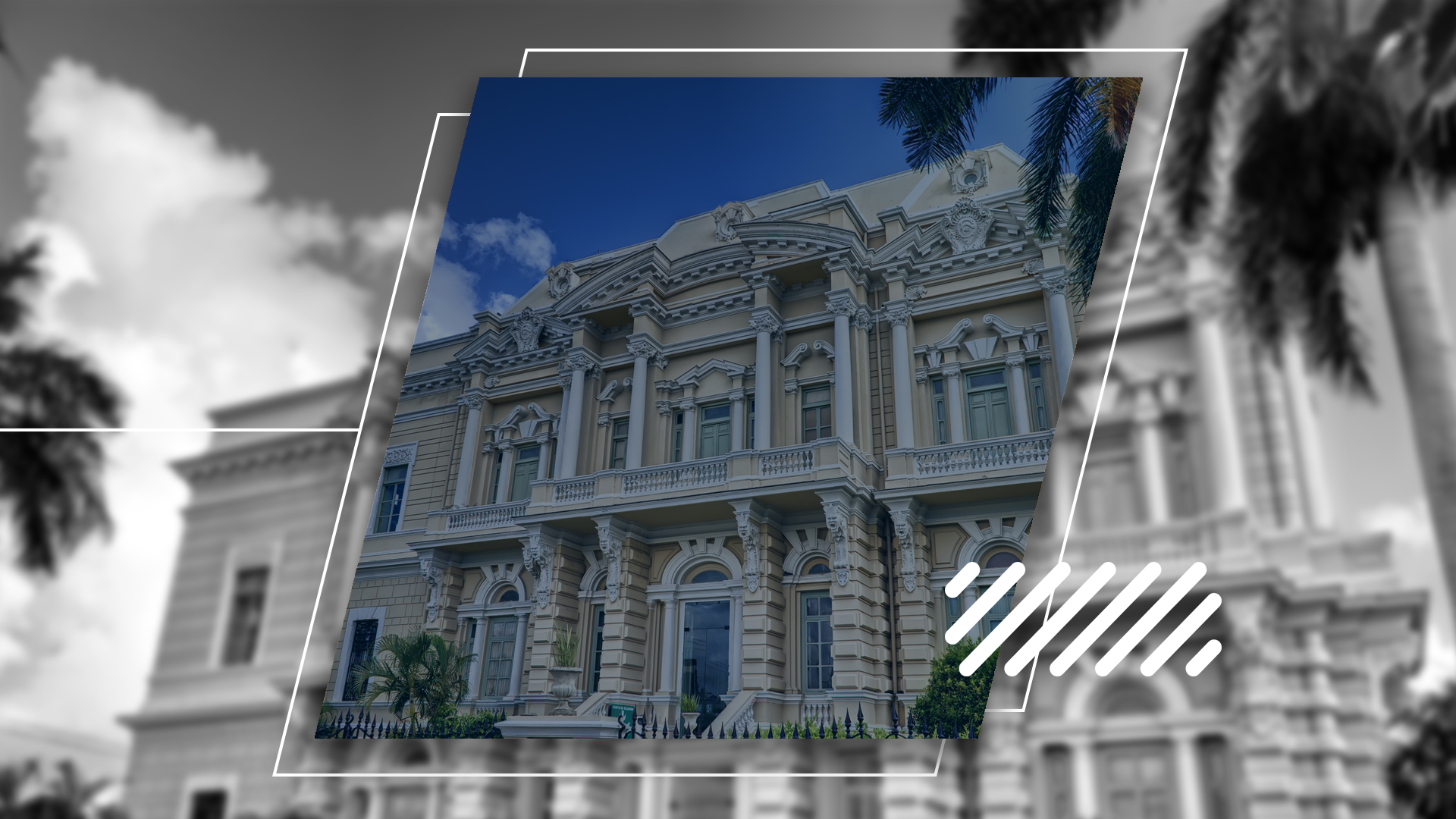 The 5 best museums in Merida you will want to visit

What is the climate of Merida, Yucatan?