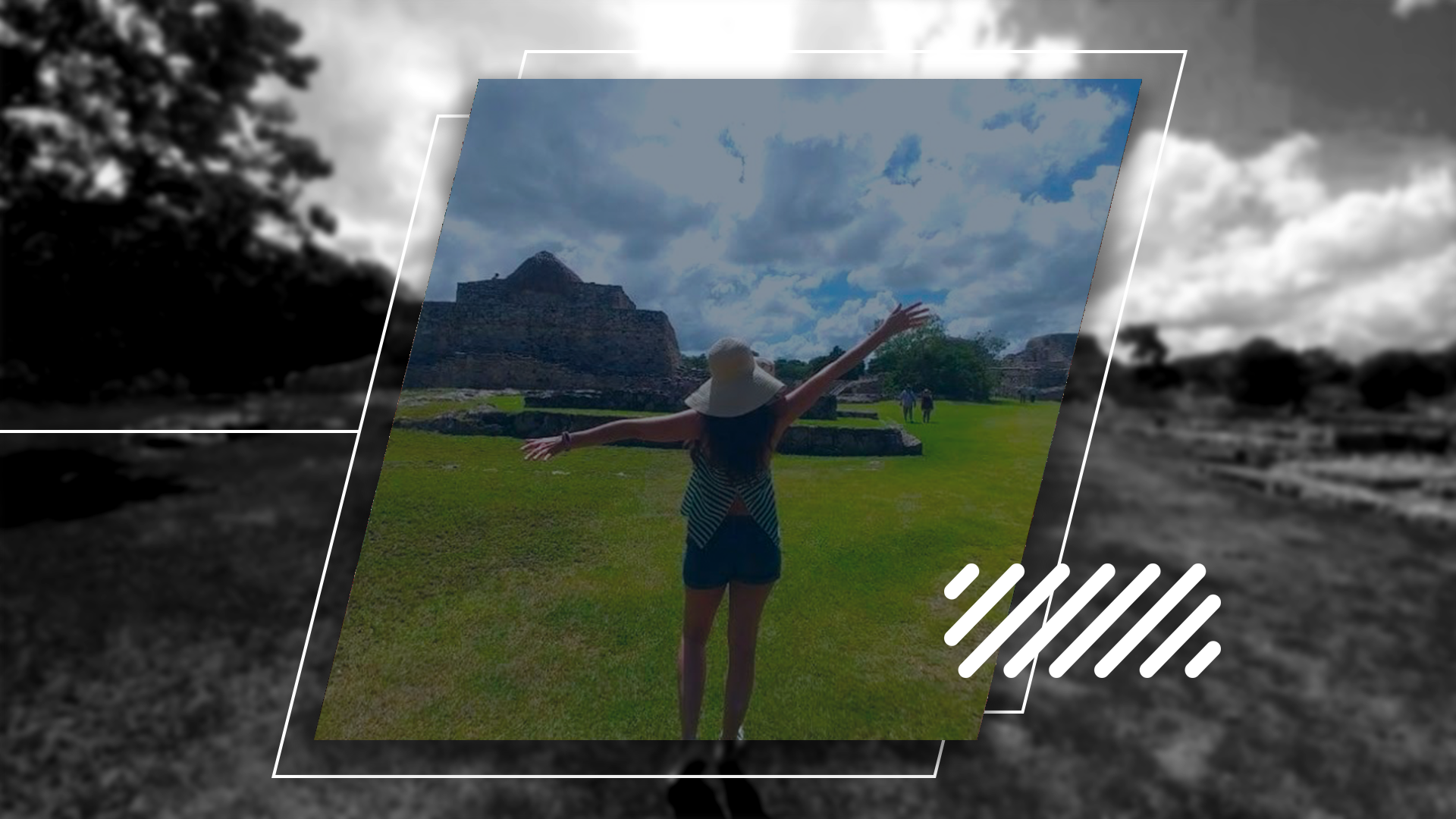 Mexico is a country that keeps traditions and customs alive. You will be surprised to know that each state has kept its cultural and historical legacy alive, and Yucatan is no exception.

In Yucatan, the Mayan culture is still alive everywhere, and thanks to this, the state has become a popular tourist destination for Mexicans and foreigners looking for historical experiences.

Some of the attractions that Yucatan has to offer the world are the cenotes of clear waters, the magnificent haciendas, cultural events, gastronomy and especially the archeological sites.

If you are traveling to Yucatan, visiting the Mayan ruins will be an experience you will not forget.

There are 18 archeological sites in the Yucatan open to the public, and you can visit them any day of the year from 8 am to 5 pm.

Keep reading everything you need to know about the main ruins you should visit in Yucatan.

Chichen Itza is the most famous Mayan city and in 1998 was declared a World Heritage Site by UNESCO.

Chichen Itza is one of the best preserved constructions of the Mayan civilization. This archeological site was declared one of the New Seven Wonders in 2007, increasing its popularity.

In addition, Chichen Itza was one of the largest settlements in the north-central Yucatan Peninsula.

What does Chichén Itzá mean? In Mayan language it means Mouth of the Well of the Itzaez, in allusion to the sacred cenote.

And you may wonder what makes Chichen Itza so special. Every year, this archeological site receives millions of visitors who wish to admire the emblematic constructions. The main constructions are:

The spectacular Pyramid of Kukulkan, also known as El Castillo

Is a stepped pyramid with a square base with 91 steps on each of its sides adding up to 364, plus the upper platform making 365, which represent a solar year.

At the base of the northern staircase, and at the top, you will see huge feathered snake heads carved in stone. Most impressive of all is that every day the shadow is reflected on a different step.

The height of this construction is approximately 90 meters -98 feet-, and it is located in the center of the Mayan city.

Twice a year -during the spring equinox and fall equinox- thousands of people gather in the main plaza to watch the impressive light and shadow show that creates the illusion of a feathered serpent descending the pyramid.

The Temple of the Warriors

It is a structure located to the east of the pyramid of Kukulkan. Its main characteristic is that it is surrounded by rows of columns carved in stone representing warriors, these are better known as the Group of 1000 columns.

This structure was built on top of a previous temple; therefore, the temple dedicated to the god Chaac Mool can be seen inside.

This monument is one of the most impressive of the site besides being the only circular building built by the Mayans in this area.

Through the cracks of this building, the Mayans were able to observe different astronomical phenomena, in addition it is more than 10 meters high, making it the largest Mayan structure of this type.

You will be surprised to know that Chichén Itzá has 13 ball game areas, one of which stands out from the rest because it is larger, making it the largest in Mesoamerica.

In Merida - the capital city of Yucatan - ball game performances are held.

This cenote is also known as Cenote de los Sacrificios or Cenote Chenkú. It is located 300 meters north away from El Castillo and has a diameter of 60 meters.

This cenote was used for ceremonial purposes in the name of Chaac, rain god for the Maya.

The view from the top of the cenote is so impressive that you certainly shouldn't miss it.

If you want to know more about it, read our article ‘5 cenotes in Yucatan that you have to visit’.

You will love to know that when the sun goes down, the magic intensifies as you will have the opportunity to take a 45 minute tour with special lighting, giving this site more mysticism.

This show is known as Kukulkan Nights, and it culminates with a narrative and audio light projection on the Pyramid of Kukulkan, which lasts 25 minutes.

Uxmal is the second most important archaeological site in the Yucatan and it's also a World Heritage Site.

It is located in the south of the state in an area known as the Puuc region where other archaeological sites are located.

If you are looking to live an adventure trip and learn more about the Mayan culture, we suggest you visit the Puuc Route.

Uxmal means ‘three times built’, and is considered one of the best archeological sites in Mesoamerica for its spectacular constructions and architectural style.

The city consists of 15 groups of buildings showing the social complexity and political, economic and religious activities of the Mayas in the area.

These are the constructions that stand out the most in this archeological site:

Just like in Chichen Itza, at sunset you can attend the light show that takes place in the Nunnery Quadrangle, where the Mayan legends of the region that gave life to this mystical place are narrated.

Best of all, Uxmal has its own museum which you can visit before entering the site, to give you an idea of everything you can see inside the area.

You will also find other services and amenities such as a restaurant, bookstores, craft stores, and many others.

Ek Balam is a very impressive archaeological site, and its name can be translated as Black Jaguar or Bright Star Jaguar.

It is one of the most powerful pre-Hispanic cities. It is surrounded by a lot of vegetation, which makes you feel part of an adventure.

Without a doubt, of all the structures that you will be able to contemplate in the site, the most impressive is the Acropolis, with a base of 160 meters long and 59 meters wide. It is catalogued as one of the largest buildings in Yucatan.

What is so special about this structure?

At the base of the Acropolis stands the main pyramid of Ek Balam -also known as The Tower-, reaching 32 meters in height.

The most representative feature of this pyramid is the monstrous figure of an open jaguar mouth, which guards the entrance to the underworld.

In this construction the winged human figures that are carved on the right side stand out, popularly known as Mayan angels, but most likely they are shamans or healers.

The Tower is the most important structure of the site because the tomb of the great ruler Ukit Kan Lek Tok was found inside it. Ad, which is accompanied by a funerary offering considered one of the richest in the Mayan area.

The view you get from the top of the pyramid is spectacular, the combination of the structures with the abundant flora of the area transports you to another era.

In addition, just 1.5 kilometers away you can enjoy the clear waters of the X-Canché cenote. You can also do the tour on foot or rent a bike at the entrance of the site.

This is a visit you can't miss if you want to experience the best ecotourism activities. There is rappelling, canoeing, diving, zip-lining and much more.

The best thing is that after your tour, you can make a stop in Valladolid -one of the Magic Towns in Mexico- to taste the best of the state's gastronomy and its museums, especially we highly recommend you to visit La Casa de los Venados.

Located 15 kilometers north of Merida, it is one of the most popular archaeological sites. Its name means place where there is writing on stone, this refers to the many engraved stones that have been found at the site.

This became one of the greatest Mayan settlements in Yucatan with an area of 16 km2.

The city preserves 12 sacbés -white roads- allowing you easy access from the center to the structures on the periphery. Walking through these sacbés surrounded by the thick jungle of the area will make you experience the Mayan culture like never before.

The site has several buildings, but the most important is the famous Temple of the Seven Dolls, also known as the Temple of the Sun, and it is named after the seven clay figures in human form that were found inside.

This temple surprises all those who visit it, especially during the summer equinox and autumn equinox, where as in Chichén Itzá, you can enjoy a light and shadow show on the west facade.

There is nothing more impressive to observe during these dates as the sun, at dawn, passes through the center of the temple.

You will also enjoy observing more buildings such as the unusual open Chapel, which has an arch, as well as The Palace and the Temple of the Pedestal. You can also visit the Franciscan church dating from the 16th century located within the site.

That's not the only thing that makes this Mayan city special. Within the site is the Cenote Xcalah which means ¨Pueblo viejo¨. It is one of the largest and deepest in the Yucatan, reaching a depth of 44 meters.

This spectacular cenote is surrounded by an amazing variety of flora and fauna and is suitable for swimming. The clear waters surrounded by lilies offer a view that visitors will fall in love with.

The adventure in this area will not end until you visit the Museum of the Mayan People, which houses Mayan and Spanish vestiges, where you will learn more about the history of this ancient city.

Dzibilchaltún is, without a doubt, one of the Yucatán's archaeological sites that brings it all together: a pre-Hispanic city, an eco-archaeological park and the Museum of the Mayan People, and this is only a few minutes away from the City of Merida and near the Port of Progreso.

Mayapán means flag of the Mayas. This walled city is located to the southeast of Yucatan near the towns of Tecoh and Telchaquillo.

This city became the only political force in the state.  Mayapán is considered the last great Mayan capital.

The interesting thing about this pyramid is that -just as in Chichén Itzá- you can witness the astronomical phenomenon of lights and shadows that represent the descent of Kukulkán, with the difference that it doesn't take place during the equinoxes but during the solstices of June and December.

In the site you can appreciate various round buildings, especially the Round Temple that reminds you of El Caracol in Chichen Itza.

Some suggestions for visiting the archaeological sites in Yucatan

To make your visit to these ruins an unforgettable experience, we have the following suggestions for you.

Why is Yucatan the best place to live?

Now that you know about the main archeological sites in Yucatan, you have realized why this state is very popular among tourists, who are even considering moving here.

Yucatan has a lot to offer and that is why it is one of the best Mexican states to invest in. Merida the main city is the perfect place to do so, especially the northern area thanks to the luxury residences, exclusive amenities, as well as the proximity to the best schools, hospitals and shopping malls such as La Isla Merida.

Merida has many tourist attractions that you will love to see and you should not miss them on your next visit to the Yucatan.

If you are interested in knowing more about the city and where to enjoy the best of Yucatan gastronomy, we suggest you read our articles:

10 places to eat in Merida that you will love and Why Merida is the best city in the world?