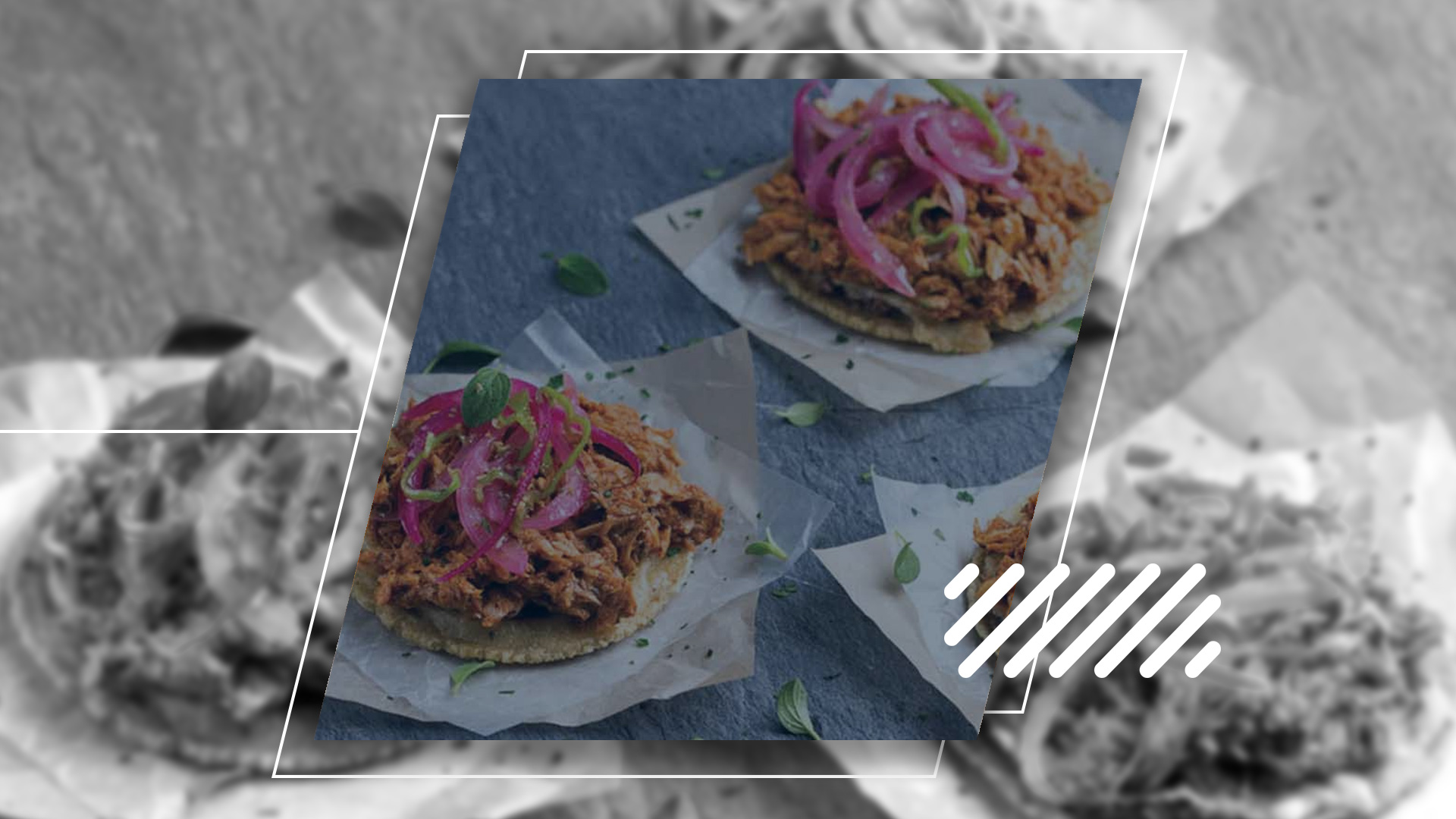 Mexico is a culturally rich country.‍

No matter the Mexican city or town you are visiting, there will always be a Mexican dish to discover. Mexican gastronomy has been listed as an Intangible Heritage of Humanity by UNESCO since 2010.‍

Mexican gastronomy is so diverse and it varies depending on the region of the country, so there are variations of the same dish. Creativity is something that characterizes Mexico, so Mexicans create their dishes and also experiment with other elements from other cultures.

For example, Mexican pizza is topped with beans, while sushi may contain steak or cooked ingredients when this dish is originally raw. ‍

Mexican cuisine includes both appetizers-such as the caesar salad, believed to be created in Tijuana, and desserts such as Caballero Pobre or alcoholic beverages like mezcal and tequila. At the same time, thanks to globalization, Mexican cuisine has evolved.

Desserts that are very popular in our country, such as rice pudding, are the result of Spanish influence. And as mentioned before, the cultural influence varies depending on the area, especially when it comes to pre-Hispanic cultures such as the Maya or Aztec and their contribution to today's dishes and beverages. ‍

One of the reasons why Mexican food is considered an Intangible Heritage of Humanity is that it is the result of the heritage of great ancestral cultures. Many Mexican traditional dishes are influenced by pre-Hispanic customs, for example, Mucbipollo, essential food for the Hanal Pixan celebrations in Yucatan.  ‍

Ingredients such as corn and cocoa are key to Mexican cuisine. Tejate is precisely a mixture of corn and cocoa. To date, corn is considered the basis of the Mexican diet, and the tortilla is one of the essential elements at the table. ‍

The legacy of Mexican cuisine has crossed borders and spread all over the world. It is easy to see its influence on modern society in things like the use of cocoa to create chocolate.‍

Cacao is a gift from Mexico to the world. We are familiar with chocolate, a product of mixing cocoa with milk and sugar. Before the Spanish conquest, cocoa was a currency, and it was also made in a beverage with hot pepper, a combination that may seem very strange compared to today's milk chocolate.‍

Cocoa is also a key ingredient to make one of Mexico's most emblematic dishes: mole. And as you can imagine, there are variations of this food in several areas of the country, but the mole from Puebla and Oaxaca are the two most popular.

The Mexican Southeast: the Yucatan Peninsula‍

In Mexico, each State seems to be a different world.

Diversity, traditions, and customs are expressed in regionalisms as well as in food. When talking about Southeast Mexico, the first thing people think of is the famous Yucatan Peninsula.

Due to its privileged geographical location, the Yucatan Peninsula has unique vegetation and fauna.‍

There are three Mexican States in this region: Quintana Roo, Campeche and Yucatan. They are famous for their beautiful beaches with white sand and clear water, as well as the Mayan culture. ‍

Cenotes can be found in the Yucatan Peninsula. They are unique natural attractions that are very important to the Mayan cosmovision since they are considered the sacred passage to the underworld, also known as Xibalba.

Since the Yucatan Peninsula is surrounded by water, seafood is part of the traditional food. Visitors to the southeastern coast cannot leave without eating a shrimp cocktail or a ceviche while relaxing on the beach.

Thanks to the fact that it is a privileged area for its natural beauty and culture, the Yucatan Peninsula has also become a key destination for tourism and investment.‍

For example, the Riviera Maya has helped in the growth of Quintana Roo, as it is the most important tourist destination after Mexico City. Cities like Playa del Carmen and Tulum are currently in the international spotlight as the ultimate vacation destination.

At the same time, the security in Yucatan, as well as the history, architecture, and the Magical Towns, have made the state grow and above all its capital, Merida, which is currently considered the best city to visit outside the United States by Condé Nast Traveler magazine. ‍

But tourism is not the only thing that has increased in the Mexican Southeast. The expatriate community is also growing. ‍

The safety, quality of life, culture, and diverse activities have made more and more foreigners choose the Yucatan Peninsula as their next home.

‍Something that characterizes the food of the Yucatan Peninsula is that it is very spicy. At the same time, pork and turkey, as well as habanero peppers, are essential ingredients.‍

One of the advantages of Mexican food is the variety of flavors, and just as people eat pork and turkey in the Yucatan, the egg is also one of the top ingredients for delicious dishes.

There are many traditional dishes that you should taste on your next visit, so we have compiled the best and our favorites. ‍

In simple words, papadzules are boiled egg tacos topped with pumpkin seed sauce. Papadzul is a Mayan word that could mean two things: food of the master or muddy and soaked, referring to its way of preparation. ‍

Papadzules are considered a simple dish of Yucatan gastronomy, and it is a traditional meal that you can only enjoy in the Yucatan Peninsula or Yucatecan restaurants.

In addition to the pumpkin seed sauce, papadzules are topped with red tomato and habanero pepper sauce.

This dish is ideal for people who do not eat meat.‍

Something that distinguishes this dish is its ease of preparation and its affordable price.

Cochinita pibil is possibly the most famous Yucatecan dish, so you can't leave the Yucatan without eating it.

As its name suggests, cochinita pibil is a way of cooking pork. Before the Spanish Conquest, cochinita used to be made only for the Hanal Pixan celebrations. At that time, some of the ingredients were wild boar, pheasant or deer.

Undoubtedly, the most peculiar characteristic of the traditional cochinita pibil is the method of cooking in an underground oven, a tradition that is still alive in several municipalities of Yucatan.‍

Pan de Cazón is a specialty dish of Campeche. However, it is quite common to eat it in the Yucatan Peninsula, especially during Easter week, when locals eat dishes made with fish and chicken.

This dish is easy to make since you only need tortillas, black beans, tomatoes and dogfish.

Queso Relleno is a world-famous dish that you must taste on your next trip to the Yucatan Peninsula.‍

The main ingredient of Queso Relleno is Edam cheese. In Holland, this cheese is often eaten with fruit, but in Yucatan, it is a key ingredient in many snacks and dishes. ‍

Marquesitas, empanadas, cakes, and even ice cream are some of the things that can be prepared with Edam cheese, creating flavors that are the sensation among tourists visiting the Yucatan Peninsula.

Although at first glance they are similar, salbutes and panuchos are different.‍

In the State of Yucatan, a panucho is a tortilla filled with refried black beans. ‍

Just like most Yucatecan dishes, panuchos are fried, and they are made with turkey, lettuce, tomato, onion, and avocado.

Salbutes are thicker fried tortillas. Unlike panuchos, salbutes are soft. They are also accompanied by turkey, relleno negro, or even cochinita.‍

Huevos motuleños, Yucatecan-style eggs, are a breakfast that should not be missing from any menu. ‍

Originally from the municipality of Motul, Yucatan, huevos motuleños consist of toasts with beans and fried eggs. ‍

This dish is covered in red sauce, ham, cheese, peas, and fried plantains are added. ‍

There are many variations of huevos motuleños depending on the chef and the tastes of the diners.

According to a popular saying, life is better at the beach, so there is nothing better than eating ceviche and sunbathing on the beautiful beaches of the Riviera Maya.‍

Although shrimp ceviche is one of the dishes you can enjoy in the Yucatan Peninsula, Quintana Roo is the ideal place to do it since you can relax on the best beaches of the Mexican Caribbean.

The Mayan culture has a strong influence on the Yucatan Peninsula, so it is not surprising that it influences modern gastronomy, such as the case of Tikin Xic.

Although the origin of this dish is not clear, it is often attributed to both Yucatan and Quintana Roo.

The ingredients are fish grouper, red achiote paste, xcatic pepper, beer, as well as banana leaves to roast the fish.

Chocolomo is a Mayan word that means hot back. This dish is beef tenderloin, cooked along with other parts of the beef such as the liver and even the brains.

The broth is seasoned with spices like garlic and onion.

This dish is based on the traditions and customs in Yucatecan towns. The meat and the entrails usually come from the bulls that are sacrificed in the religious celebrations of the municipalities.

Unlike the other dishes mentioned above, the sandwich is a cold dish prepared with ham, jam, special boxed bread, peas, pepper, and cheese. Thanks to its ease of preparation and unique combination of flavors, the sandwich is a very popular meal among locals.

Like tamales, sandwichon is usually served at birthday parties. More than a traditional Mexican meal, sandwichon is a comfort food from the State of Yucatan. ‍

It is a cold dish made with ham, jam, special boxed bread, and cheese. ‍

Sandwichon is very common in Yucatecan celebrations such as birthday parties.