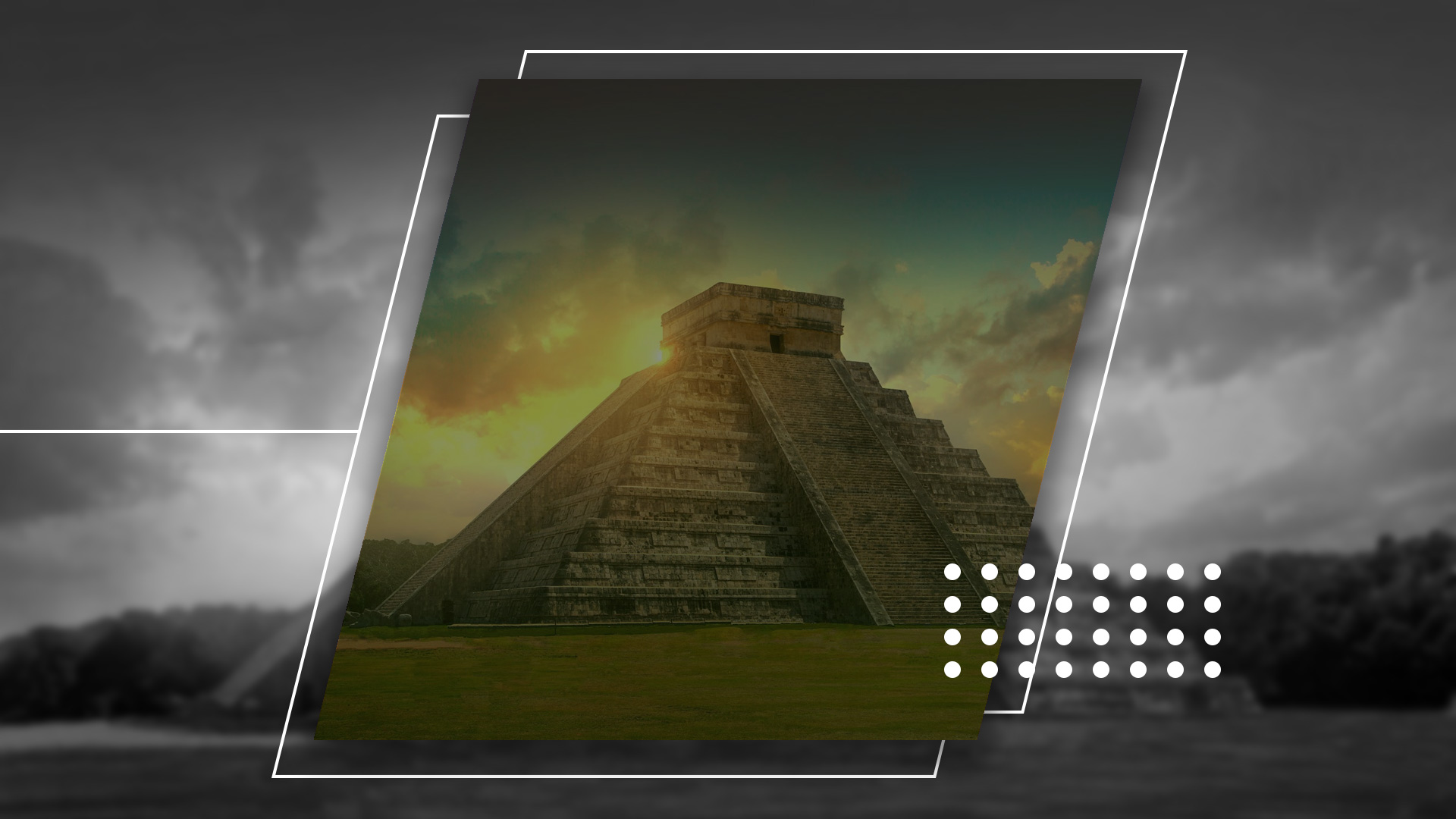 Why does Yucatan attract tourism?

In recent years, Yucatan has become one of the most important tourist destinations in Mexico.

Even Mexicans have slowly begun to discover the wonders of the Yucatan and the capital Merida.

The culture, architecture, archaeological sites, cenotes, and the famous Yucatan cuisine, have influenced the popularity of Yucatan among international tourists.

The relaxed atmosphere of this Mexican state, which is the result of security, is one of the main reasons that attract both national and international tourism.

Therefore, it is not surprising that real estate investment in Merida is on the rise: it's the perfect city for those who want to live in a peaceful place.

Although Yucatan is generally considered a peaceful and relaxed place, Merida is a city full of entertainment options. Restaurants, concerts, museums, bars, and shopping malls are some of the things to enjoy while you are there.

Due to the population growth and the arrival of companies, the city is growing.

One of the things that have made Merida's growth an example for the rest of Mexico is the policies that its governments - both at the federal and state level - have created and promoted to be a better place.

The public policies of the governments to improve the quality of life are an example to the other Mexican States.

Yucatan sets an example for Mexico

Yucatan is one of the states with the highest approval rates for public services, meaning that the locals are satisfied with the treatment and quality.

In addition, in recent years Yucatan has approved proposals to combat climate change, such as eliminating the use of plastics and eps foam. Large national and international stores, small shops, restaurants and street stalls have joined this initiative to help the environment.

Similarly, Yucatan has established agreements to make Merida the best city to live in Mexico.

For example, Merida will become one of the first smart cities in Mexico, as it will soon implement technology - from companies such as Huawei - to improve traffic and noise pollution, as well as to improve safety.

‍
Security and safety are the key features of Merida and Yucatan, so it is considered the safest Mexican State.

One of the main concerns of foreigners when traveling to Mexico is insecurity and crime. Although not all of Mexico is dangerous and hostile territory, to avoid risks, many tourists may not be enjoying the culture, natural attractions, and everything Mexico has to offer.

In Merida, you can peacefully walk the streets of Merida to admire the architecture, find coffee shops and restaurants with traditional dishes, or explore cenotes. That's why it is a favorite destination among foreigners and Mexicans

In 2019, the city of Merida was chosen as the best city to visit outside the United States by Condé Nast Traveler magazine.

And at the end of that year, the tourist flow in Yucatan increased by 17%.

There are more than 20 tourist attractions such as cenotes, beaches, and Mayan towns that make Yucatan a perfect tourist destination.

Here are some of the reasons why Yucatan is an attractive destination for international tourism.

Yucatan's privileged location has allowed authorities to promote tourism. Beaches like Sisal, Celestun, and Progreso, as well as Magic Towns like Valladolid and Izamal, are some of the must-visit places.

According to the Mexican Secretariat of Tourism, a Magic Town is a place with symbolic attributes, legends, history, and transcendent facts. In other words, they are places full of magic, which is a great opportunity for tourism.

To be considered a Magic Town, the place has to stand out with an atmosphere that captivates visitors.

For this reason, both Valladolid and Izamal are very important tourist destinations for Yucatan.

Izamal is well known for the yellow facades of downtown buildings. Its most famous architectural construction, the convent of San Antonio de Padua, allows tourists to admire the landscape, take pictures, learn more about the conquest of Yucatan, as well as the Mayan culture and archaeological sites in the area.

Valladolid, on the other hand, has one of the 5 cenotes to visit in Yucatan: Zaci cenote. It is full of history since it was a key city in the Spanish Conquest and the Mexican revolution.

In Valladolid, you can enjoy cenotes, exquisite food, and stroll through the downtown and old neighborhoods of the city.

Although Merida shares characteristics with Magic Towns, it is not considered one of them because it is the capital of the Yucatan.

If there is one thing that makes Yucatecans proud, it is the greatness of the Mayan culture.

The astronomical advances, the construction of their pyramids, cities and mathematical contributions have been under study for years.

Therefore, any tourist visiting the Yucatan cannot miss the opportunity to visit the archaeological sites in the state.

Chichen Itza and Uxmal, are part of tours and routes in which foreigners can appreciate the greatness of the Mayan culture, especially when they learn that these structures were built with mathematical and astronomical knowledge to create optical illusions with the sunlight, as happens during the spring equinox, where we can appreciate the descent of Kukulcan, one of the main deities of the Mayan world.

The equinox is one of the most important tourist activities for the Yucatan since it is considered a spiritual event to receive positive energy.

Chichen Itza is one of the New 7 Wonders of the World, and like Uxmal, it is a mandatory stop for people traveling between the municipalities of Yucatan, and the video mapping show attracts both tourists and locals.

Although the beaches in the Riviera Maya are the most popular among tourists, the beautiful beaches in Yucatan are gaining notoriety.

Thanks to its proximity to Merida, Progreso is the most popular beach in the Yucatan. However, Sisal and Celestun are other beach towns that receive thousands of tourists every year, especially Celestun, known the be home of flamingos.

Another important tourist destination is Las Coloradas, where sea salt is produced.

Cenotes are part of an active system of caves and underground rivers that include approximately 6000 cenotes in the Yucatan Peninsula.

Since their beauty amazes people from all over the world, exploring cenotes is a popular outdoor activity among tourists.

Cenotes derive their name from the Mayan word dzonoot, meaning hole with water.

Cenotes are very important to the Mayan culture, as they are considered the connection to the underworld. This is why the main archaeological sites are located near these natural pits.

Merida is also known as the white city or the city of peace.

Walking around downtown and enjoying public performances and art shows are some of the things you can do to learn more about the city.

The historic downtown integrates different parks and neighborhoods. Walking through its streets allows tourists to appreciate the colonial architecture of the buildings and churches.

Like the Magic Towns, Merida has a magical atmosphere, however, the opening of shopping malls, shops, businesses, and services has allowed the city to grow.

Now that you know the reasons why Yucatan attracts international tourism, it's time to talk about the benefits of retiring in this Mexican State.

As mentioned before, Yucatan stands out for the quality of life of its residents. Many people see the opportunity of living a relaxed life in one of the safest states.

Merida has one of the largest communities of expats in Mexico. While places like San Cristobal de las Casas, Lago Chapala or San Miguel Allende have become the best places to retire in Mexico thanks to their excellent quality of life, Merida has joined these cities as the best option for living in Mexico and investing in real estate.

Yes. One of the reasons that make Merida so attractive is that it has the benefits of big cities without stress. Besides, living in the Yucatan is affordable, especially for foreigners who can buy property at a good price with the guarantee that in the future its value will increase thanks to capital gain.

Investing in Merida is an opportunity to invest in your future, whether you decide to buy houses in Merida or residential lots in Merida.

If you want to know more about investing in the Yucatan and its capital, you can't miss our article with 5 reasons to invest in Merida.