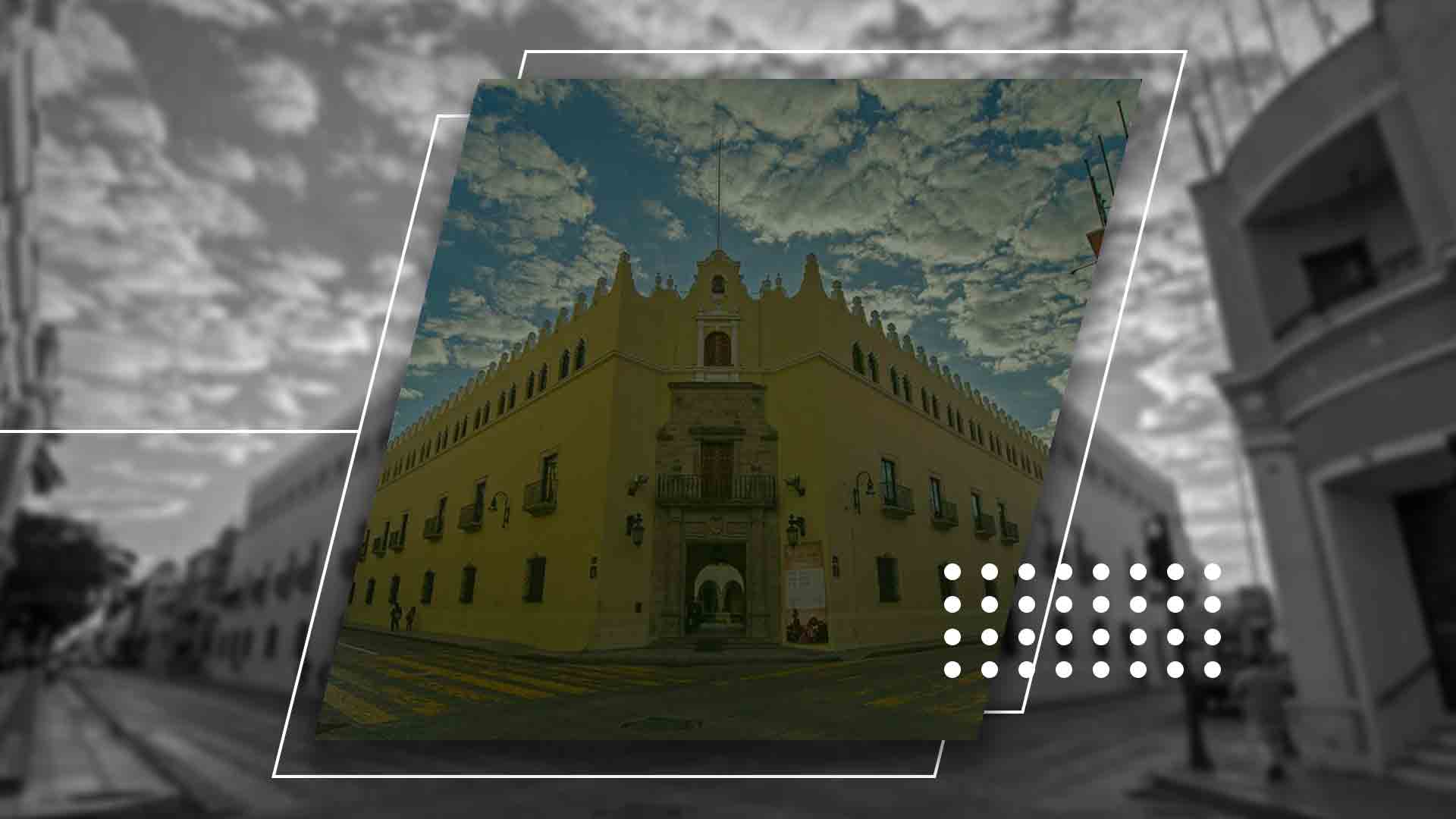 Why is Merida the best city in the world?

Merida was recognized as the best small city to live outside the United States by Condé Nast Traveler Readers’ Choice Awards.

Although Merida won the Best Small City to Live category, it beat out cities such as Quebec, Florence and Dresden, which are known worldwide for their high quality of life and beauty.

In recent years, Merida has become one of the world’s most popular destinations. According to Condé Nast Traveler, one of the reasons of the popularity of Merida is related to its architectural style, the perfect example between modernity and tradition.

In addition, the close proximity to the beach -Puerto Progreso- or archaeological sites such as Chichen Itza -recognized by UNESCO as a World Heritage Site-, and Uxmal, are some of the attractions to explore.

At the same time, the city has grown in recent years. Thanks to the high of quality of life, inhabitants can enjoy the warm weather and the relaxed atmosphere day to day. Real estate industry in Merida is experiencing a boom and, thus, the expat community is growing since foreigners find in the city a possibility of living a quiet life after retirement in one of the most cultural cities in the world.

Reasons why Merida is the best small city in the world

The Yucatan Peninsula holds many treasures like the beaches of Tulum or cenotes. That is why in recent years, tourism growth has been increasing in the area. Cities and towns in the Yucatan Peninsula share similarities yet they are very different from each other, and therefore, thousands of tourists want to visit Quintana Roo or Yucatan to live many adventures in a short period of time.

Playa del Carmen, Tulum and the Riviera Maya have become popular thanks to their crystal clear beaches with white sand surrounded by nature. Merida, for its part, has been attractive for those who want to live in a city and without sacrificing the advantages of being able to access first level services - such as hospitals and schools - and entertainment. In addition, people wish to move to Merida are also interested in the new companies and industries that are developing in the city thanks to the progressive decentralization of the country.

The fortunate people that have visited Merida know that the kindness of its inhabitants, the gastronomic diversity, colonial architecture and proximity to incredible places such as Puerto Progreso, Sisal or the archaeological sites, guarantee that Merida is the best small city in the world to visit outside the United States.

The gastronomic diversity in Merida is one of the most characteristic features of the city. From the panuchos and salbutes in the markets to the most exclusive restaurants that offer Yucatecan dishes such as relleno negro.

Merida is a city rich in history. The influence of the Mayan culture, one of the great civilizations of pre-hispanic Mexico to the Spanish Colonization and therefore, the cultural fusion and traditions, which resulted in the Yucatecan idiosyncrasy.

Just by walking through the streets of Merida, you can know more about the history of this city. Merida Historic Downtown -consisting of the main square also known as Plaza Grande, the San Ildefonso Cathedral, the Government Palace and other emblematic buildings like the House of Montejo are some of the attractions of the city.

For starters, Merida is known as the white city - or La Blanca Mérida. Although there are several stories about the origin of the nickname, one of the most popular is that the city took it because of the color of the houses where the Spaniards lived during The Conquest of Mexico.

That can also be observed in towns such as Izamal - which is considered a Magic Town and is approximately one hour away - where the houses are mostly painted in yellow.

Merida was founded in T'Hó, an uninhabited Mayan city, on January 6, 1542. Each year, the city performs a series of activities to commemorate the foundation: concerts, festivals, plays, art exhibitions and other cultural activities for all inhabitants.

One of the strongest points of Merida is the diversity and cultural activities. Every day free events are held, so residents and visitors can enjoy the culture in different areas of the city, but most activities take place in Merida Downtown.

On Mondays at 9:00 pm, people can enjoy the Yucatecan Vaquería. Organized by the Town Hall of Merida, Vaquería is an exhibit of Jarana, the traditional dance of Yucatan. Thanks to the cultural activities, Merida has earned the title of American Capital of Culture.

As you may remember, according to Condé Nast Travelers, the architecture is one of the things that makes Merida the best small city to live outside the US.

People who visit Merida fall in love with the colonial and french-style buildings. From Merida Historic Downtown -where you can explore churches and museums-, to Paseo de Montejo -where you can see the famous Monument to the Homeland and the old French-style houses.

There are also modern buildings such as the Music Palace or the Grand Museum of the Mayan World.

The architecture of Merida is an example of the growth and evolution of the city through time: from the settlements of the Mayan civilization to the production of henequen in the Porfiriato.

In part, the colonial atmosphere is another reason why more real estate investors are interested in Merida, since Merida Historic Downtown -which covers neighborhoods such as Santiago, Santa Lucia and Santa Ana-, have allowed the growth of tourism, as well as the number of residents who find in Merida the possibility of having a quiet life in a city full of activities, without pollution and stress.

If there is something that characterizes Merida is the high level of quality of life. Mexicans from all over the country have chosen Merida as their next destination for living or retirement. But not only Mexicans: the biggest expat community in the world is located in Merida.

For starters, Merida is known for its high levels of security compared to other Mexican cities. Those who go to Merida know that they can explore the city without worries, walk in the streets and enjoy the architecture and all that Merida Historic Downtown - and the rest of the city - have to offer.

In addition, Merida is a city that cares about the environment. Public policies are trying to solve urbanization problems, such as the lack of urban green spaces and solid waste management issues. Merida is pioneer in banning styrofoam, the use of plastic bags and straws. In order to create greener and healthier areas and spaces for inhabitants, reforestation campaigns are also part of the actions taken by the local authorities.

As mentioned before, the quality of life in Merida increases with the creation of artistic spaces and cultural events.

There are different types of cultural festivals in Merida. Entertainment options are very important for residents, who can choose between enjoying food in different restaurants, go shopping in malls likeThe Harbor and La Isla, or attending museums and art exhibitions. There is always something new to do or explore in Merida.

Warm weather most of the year

The weather is part of Merida.

The heat can be extreme for those who are not familiar with it, however, air conditioning is quite common in houses and establishments.

In fact, real estate developments in Merida consider the installation of air conditioners. It is certainly an advantage for those who decide to buy a house or apartment but do not live in Merida yet, since they will not have to worry about the installation process.

Before acquiring a property, check that it have the facilities already prepared.

The warm weather of Merida allows inhabitants to enjoy the beach at any time, giving the city a relaxed and summery vibe.

Many Canadians see Merida as the ideal opportunity to enjoy certain periods of time when the warmth of Canada, is extremely cold. And thanks to the warm weather of Merida, you can visit cenotes and magic towns like Valladolid at any time of the year without fearing that the bad weather will ruin your plans.

Yucatecan cuisine is very famous in the world thanks to its condiments and versatility.

People who visit Yucatan, especially Merida, cannot leave without trying papadzules, relleno negro and cochinita pibil. The gastronomic traditions are present in the daily life of people from Yucatan.

For example, it is a tradition to eat frijol con puerco -beans with pork- on Mondays, while on Sundays people enjoy the traditional cochinita pibil.

In addition, something that attracts tourists visiting Merida is that they do not need to go to large restaurants to enjoy great food. Merida Historic Downtown is full of small establishments where you can try everything. The Santa Ana and Santiago markets are well known to be places where tourists can enjoy regional food.

Desserts are also important. Marquesitas -a crunchy, sweet and salty dessert with Edam cheese that can be stuffed with extra ingredients like caramel or Nutella- are loved by people who have tasted them. It is quite common to find street stalls in the parks selling this dessert. For example, Sunday in Merida, is an initiative to explore the streets of Merida Historic Downtown -closed to public transport and cars-, and enjoy the gastronomic diversity in Merida.

Regardless of your eating habits, Yucatecan cuisine has been adapted to satisfy the needs of the residents. For example, pib, a traditional meal related to Hanal Pixan - the Yucatecan Day of the Dead-  it is also available in vegetarian and vegan versions, so those who decide to reside in Merida should not fear the lack of food options.

Undoubtedly, the greatest attraction of Merida is the proximity to other regions and many tourist attractions.

Valladolid, Izamal, Progreso, Sisal, Chichen Itza, Uxmal, and the wide variety of cenotes, make Merida the perfect destination, since you can admire the beauty of the city and visit near places to enjoy even more adventures.

Thanks to services like Airbnb, visitors who want to explore the city on their own terms get to choose activities such as swimming in cenotes and making chocolate.

You do not need to travel great distances. Cenotes like Xlacah in Dzibilchaltun, or San Antonio Mulix are just a few minutes from Merida Downtown.

Investing in the best small city in the world is possible, especially if you want to secure your money from inflation.

The real estate investment allows you to own a physical asset, and thanks to services like Airbnb you can generate extra income with you property.

If you are thinking about making an investment, remember that the most important things when before buying a house in Merida.

Without a doubt, Merida is a city that has a lot to offer. Dare to enjoy it to the fullest, visit it and fall in love with its streets and buildings.